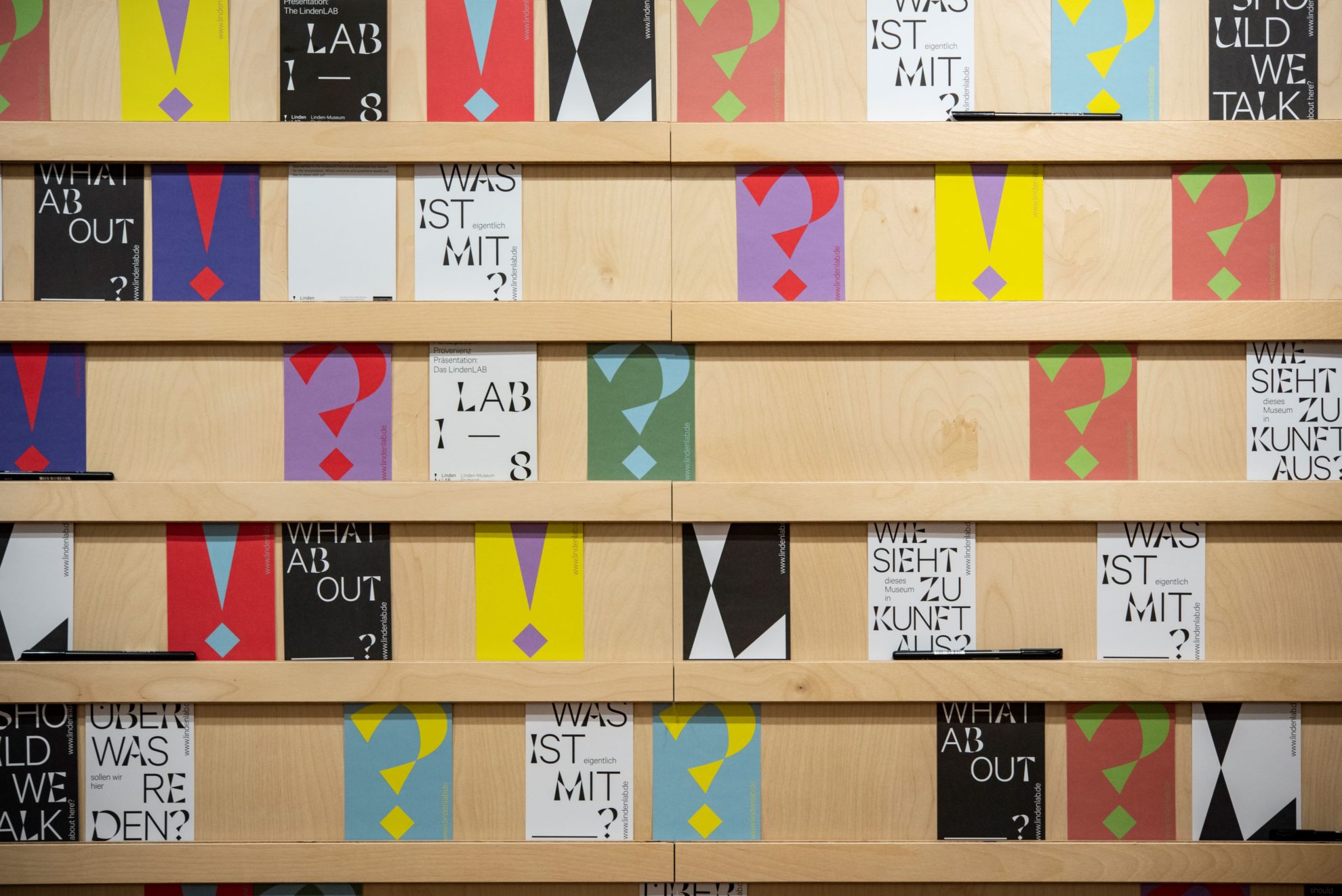 External Perspectives. Suggestions for the future of the Linden-Museum

On February 28 and 29, 2020, the Linden-Museum invited to a two-day public conference, which focused on the future of the museum. In various lectures and discussions, numerous actors from politics, science and urban society approached possibilities and potential areas of action for (ethnological) museums of the future.

The Covid-19 pandemic restricted the planned discussions about the realignment of the Linden-Museum last year. In the few months in which the museum was open to visitors, however, many suggestions came up on the question wall, a selection of which is shown here.

Some authors asked questions about the future of the (Linden-) Museum in general, as well as about museum work in the future. This clearly shows the desire to rethink the working structures of the museum and to establish forms of collaboration, but also to question them critically.

The desire for new ways of cultural education became clear in many of the cards. Among other things, the “hands-on” aspect and the role of the museum as an educational institution were emphasized. But there were also suggestions on the subject of inclusion, for example writing texts that are understandable for different kinds of people. Proposals for public relations were also given.

The colonial past and the resulting responsibilities for the future of the museum are discussed in many cards. An explanatory board at the entrance portal of the museum as part of the new special exhibition “Difficult Heritage. The Linden-Museum and Württemberg in the colonial period” has already been implemented recently.

Many expressed ideas about possible topics and content that the Linden-Museum could negotiate. The authors suggested, for example, that aspects of environmental protection or climate change could be taken up and that global connections could be established up to the present day.

The following cards pick up on another important aspect of current museum work, to which we want to focus more intensely this year: the involvement of urban society and visitors of the Linden-Museum.

Within the Linden-Museum, we have been dealing with our own past as well as future possibilities of museum work for some time. We are also discussing and trying out various new formats. But what do our visitors expect and want? And what ideas about the Linden-Museum do those who have not yet come to the Linden-Museum have?

With an online survey that will start in March, we want to investigate the previous ideas and opinions of different people about the Linden-Museum even more intensively. In addition, we conduct surveys at various locations in Stuttgart in early summer in order to talk to the city community about the Linden-Museum and its current and possible future direction. More information will follow soon.

Janette Helm is a research assistant at the Linden-Museum Stuttgart